For years, committee members have spent Association funds on professional advice, legal issues, political issues, heritage listings, and on preparation for and meetings with various organisations too numerous to mention. We expect to have considerable expense achieving listing with the State Heritage body in the near future.
In addition, funds are spent on tip maintenance, settlement improvements and rehabilitation.
The office bearers and committee members accept much of the costs in getting to and from these tasks as well as giving their valuable time (which is often considerable) to attend and negotiate on the settlement’s behalf.
There are still members of the Grey community who are not members of the Association. If you have a shack at Grey but have not joined the Association on your shack’s behalf, WHY NOT???  The Association can only speak and act on BEHALF OF MEMBERS!
Please support the community in which you have an interest by paying  the $50.00 per year for your shack’s membership! Membership fees are payable to the Grey Conservation and Community Association and can be sent to the Secretary at the address on this page. Do not forget to include the number of your shack and your name and email address.

Just a few lines to ask for your support in recycling your steel and aluminum cans.

The association committee has decided, after numerous talks with various politicians and the shire, that further recycling measures should be adopted at Grey.

One of the arguments against us put forward by the pollies, local government and DEC, is rubbish (excuse the pun).

We ask you to help in this regard and separate your cans both tin and aluminum, and place them in the conveniently located bins at the tip.

This will both help alleviate another argument against us staying at Grey and Wedge, and reduce the volume of rubbish in the general tip.

If possible please take offal back out to sea as this will help minimise smell and flies at the tip. Please! “out to sea” means offshore, not just down to the beach!

The following email (edited) was received in mid-April by our President Peter Sheppard from Ross Tapper at Grey:

“G’day Pete,
Just letting you know what happened the other day after the Wedge Island Tip fire. ………We had a visit from the Dandaragan Shire’s FESA vehicle. They asked where our tip was and were directed to it. Later, Davo rang them to find out what it was about, and asked for any hints on how to best house keep the tip. The reply was that it was the best tip they have seen, very well maintained and segregated into materials. They even had their Health Inspector on board who gave it approval, so a big clap on the back for Davo should be mentioned in the next newsletter, and a call for volunteers to help in some clean up work out there. ………….Those Fridges and other heavy items are hard to move, but it has to be done to keep the place tidy. Even an emu bob around with some bags to collect the wind scattered rubbish would be a help,
Cheers Rosco

P.S. It’s good to have some good publicity sometimes.”

As Ross said the general appearance of the settlement is important. Your committee would like to invite everyone to a Busy Bee at the tip, on Sunday 6th June 2010 at 3.30pm for a general tip and area clean up. Please bring your own gloves, rake, plastic bags and trailer if you have one.

A Dune Re-vegetation field day will be held on Saturday the 22nd of May 2010. Please meet at 8am at the dune. Activities will include planting and fence erection.

We are currently re-building our web site so please and keep checking back.

We are looking for stories about the Grey community and or photos taken of Grey.

Do you know any history of your shack, the settlement or any other shacks?

We’d love to publish them here on our site.  If you have something for us please email to us via the mail form on the Contact Us Page. 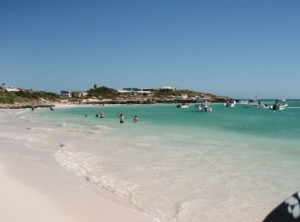 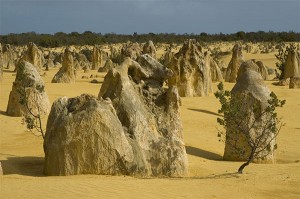 Grey was a dashing young Englishman a lieutenant in Her Majesty’s 83rd Regiment of foot. Born in 1813 he was only 24 years in 1837 when he led an expedition to the Kimberley area. He had unintentionally offended Goverrnor James Stirling using Cape Town not Fremantle for his first sortie to the Kimberley. In addition his skill and knowledge of harsh, unforgiving WA conditions did not yet match his boundless enthusiasm for exploration and adventure. He had come close to being killed on his first Kimberley expedition and had lost most of his dogs, ponies, sheep and gear and was himself speared by natives before being rescued by HMS Beagle.

In 1839 Grey, being an incurable optimist, decided to mount another expedition to Shark Bay – another recipe for disaster. The basic problems were always water & feed for the animals and the fickle nature of the weather and seasonal conditions. Mariners had drawn charts of the WA coast since 1616 when Dirk Hartog had mounted his plate at Cape Inscription but very little was known of the interior north east of about York. The arid region of 200 miles of sand plain north of Yanchep and aggressive Aborigines reputed to be ‘cannibals” had discouraged travellers in that direction. Grey purchased some whale-boats and hired a Yankee whaler to drop him with his people, boats and stores at Shark Bay. He planned to arrive in February, a month when ‘southerlies’ are still howling and roughing up the sea. Whaleboats were built of very light timber with a fine bow entry, double-ended stern and narrow beam. Normally it was used for a quick chase of a whale and carrying only oarsmen and the harpooner, not the loads Grey had in mind in very short seas. Grey proposed to sail (or row) along the coast go ashore at night to camp and explore. This meant running through surf in heavily-loaded whale-boats.

Grey and 11 companions, stores and 3 whale-boats were offloaded on Bernier Island on February 25th 1839.

In the course of the trip he named Gascoyne River (at Carnarvon), sailed and rowed in 56 hours the 120 miles from Steep Point to Gantheaume Bay where the boats were wrecked trying to land in heavy surf at end of March. Now they commenced a nightmare trek on foot back to the Swan River which Grey with Kaiber his faithful aboriginal member of the expedition, reached 3 weeks later, starving, thirsty, exhausted and emaciated. After he was (with difficulty) recognised, rescue parties went north and found the other members of the group some as much as 150 kilometres behind and close to death. One, Frederick Smith, was found dead and buried north of Moore River. Throughout the trek Grey kept a detailed daily journal naming the Gascoyne, Murchison, Hutt, Bowes, Buller, Chapman, Greenough, Irwin, Arrowsmith, and Smith Rivers. The Frederick Smith river was later renamed the Nambung River by surveyor J S Brooking in 1874-75. Grey wrote detailed accounts of his adventures which were well received in England. At 28 years of age in 1840 he was appointed Governor of South Australia, was knighted in 1850 and became Governor of South Africa and twice a Governor of New Zealand.